By Roshan Bhattarai and Hengyi Jiang

Consideration of claim charts attached to an expert declaration, analogous art using claim charts in a PO Preliminary response, analogous art, and termination of CBM based on Federal Circuit Decision are a few of the topics covered in Banner Witcoff’s latest installment of PTAB Highlights.

Board Will Not Play Archeologist With the Record to Hunt for Arguments That Have Not Been Specifically Presented. Patent Owner filed a Request for Rehearing of an IPR Institution Decision, asserting that the Board did not consider the claim charts attached to a Declaration of the Patent Owner’s expert. Although the Patent Owner’s Preliminary Response included a general invitation to read through the claim charts attached to the Declaration, the Board considered only the specifically cited portions of the Declaration supporting specific arguments presented in the Preliminary Response. The Board denied the Request for Rehearing refusing to accept the “Patent Owner’s invitation to play archeologist with the record, and hunt for any other arguments that may have been contained in the claim charts appended to the [expert’s] Declaration.” The Board also noted that the Patent Owner still did not provide specific evidence in the claim charts that would have changed the outcome of the Decision. Hamilton Technologies LLC, v. Fleur Tehrani, IPR2020-01199, Paper 17 (March 5, 2021) (Horner, joined by Cherry and Wisz).

Analogous Art. The Board gave substantial weight to Patent Owner’s expert testimony that identified important differences between the problem faced by the inventors and the problem addressed in an asserted prior art reference. The Board thus held that the reference was not reasonably pertinent to the problem solved by the inventors. Perma Pure LLC v. Masimo Corp., IPR2019-01583, Paper 18 (March 11, 2021) (Franklin, joined by Mitchell and Cotta).

CBM Proceedings Terminated Without a Final Decision Based on Federal Circuit’s Affirmance of Patent Ineligibility of the Claims. The Federal Circuit affirmed a District Court’s determination that that all the contested claims in the PTAB proceedings were patent ineligible under 35 USC § 101. When the Federal Circuit’s decision came out, the Board was in the middle of the proceedings with oral arguments already scheduled. The Board postponed the oral arguments and held a conference call with the parties. After the conference call, the Patent Owner filed a Motion to Terminate along with a Declaration that the Patent Owner would not further appeal or challenge the Federal Circuit’s Decision. The Board granted the Motion to Terminate holding that it would be inefficient for the Board to allocate limited resources when every ground of unpatentability presented to the Board was now moot in light of the Federal Circuit’s decision. Stripe, Inc., Shopify Inc., and Shopify (USA) Inc., v Boom! Payments, Inc., CBM2020-00002, CBM2020-00003, CBM2020-00004, Paper 49 (March 4, 2021) (Petravick, joined by Chang and Cherry).

Board Declines to Consider New Arguments Raised for the First Time in a Request for Rehearing. In a Request for Rehearing of a Decision denying an IPR, the Petitioner raised, for the first time, a host of new arguments. The Board held that Decision was based on the pre-decisional record developed by the parties, and that the Petitioner failed to direct the Board to a place in the pre-decisional record where these new arguments were presented. Therefore, the Petitioner failed to meet the requirement of 37 CFR § 42.71(d), which requires a dissatisfied party to identify a place in the record where it previously addressed each matter it submits for review. The Board accordingly denied the Request for Rehearing. Metall Zug AG, Haag-Streit AG, and Haag-Streit USA, Inc., v. Carl Zeiss Meditec AG, IPR2020-01074, Paper 10 (Obermann, joined by Moore and Hagy).

Motivation to Combine. In an IPR Final Written Decision, the Board found that adjacent description of two embodiments in the specification of a prior art reference, by itself, is not sufficient to demonstrate a motivation to combine the two embodiments. Intel Corp. v. Tela Innovations, Inc., IPR2019-01520, Paper 64 (March 9, 2021) (Kokoski, joined by Kalan and Derrick).

Objective Indicia of Non-Obviousness. The Board found that the statements made by Google and Apple’s executives were not sufficient to establish a long felt and persistent need for the claimed invention because the statements were “too general and disconnected.” Microsoft Corp. v. Mimzi, LLC, IPR2019-01516, Paper 29 (March 12, 2021) (Lee, joined by White and Khan). 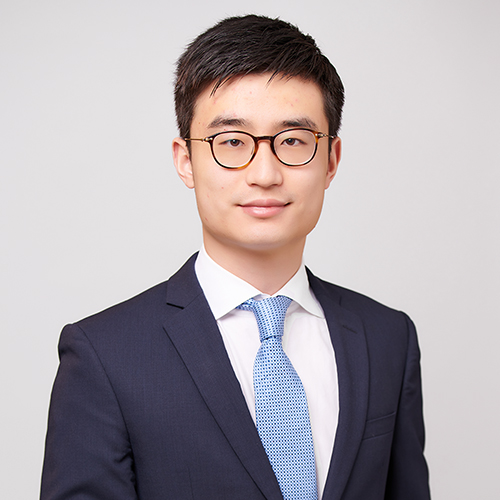