After sparring three separate rounds at the Court of Appeals for the Federal Circuit, in a panel opinion authored by Judge Lourie, the Federal Circuit affirmed the district court’s grant of Defendant WildTangent’s pre-answer Fed. R. Civ. P. 12(b)(6) motion to dismiss the suit for failure to claim patent eligible subject matter. See Ultramercial, Inc. v. Hulu, LLC, No. 2010-1544, slip op. at 3 (Fed. Cir. Nov. 14, 2014) [hereinafter Ultramercial III]. The Court held all claims of Ultramercial’s U.S. Patent No. 7,346,545 (the ’545 patent) invalid under 35 U.S.C. § 101 as patent ineligible. The Court’s scrutiny primarily focused on the method recited as claim 1, however, the Court reasoned that “[a]s the other claims of the [’545] patent are drawn to a similar process [as claim 1], they suffer from the same infirmity as claim 1 and need not be considered further.” Id. at 5. Claim 1 recites:

A method for distribution of products over the Internet via a facilitator, said method comprising the steps of:

a first step of receiving, from a content provider, media products that are covered by intellectual-property rights protection and are available for purchase, wherein each said media product being comprised of at least one of text data, music data, and video data;

a third step of providing the media product for sale at an Internet website;

a fifth step of offering to a consumer access to the media product without charge to the consumer on the precondition that the consumer views the sponsor message;

a sixth step of receiving from the consumer a request to view the sponsor message, wherein the consumer submits said request in response to being offered access to the media product;

a seventh step of, in response to receiving the request from the consumer, facilitating the display of a sponsor message to the consumer;

an eighth step of, if the sponsor message is not an interactive message, allowing said consumer access to said media product after said step of facilitating the display of said sponsor message;

a tenth step of recording the transaction event to the activity log, said tenth step including updating the total number of times the sponsor message has been presented; and

Under the two-part § 101 analysis, the Court first examined method claim 1 of the ’545 patent to assess whether it recited an abstract idea. The Court found that although claim 1 recites an “ordered combination of [eleven] steps, [it] recites an abstraction—an idea, having no particular concrete or tangible form.” Id. at 9. The Court reasoned that “[a]lthough certain additional limitations, such as consulting an activity log [as recited in the second step of claim 1], add a degree of particularity, the concept embodied by the majority of the limitations describes only the abstract idea of showing an advertisement before delivering free content.” Id. at 9–10 (emphasis added). Moreover, the Court noted that the inclusion of merely novel or non-routine components, which Ultramercial vehemently argued are recited in claim 1 of the ’545 patent, do not necessarily turn an abstraction into something concrete. Id. at 10; see Supplemental Brief of Plaintiffs-Appellants, Ultramercial, Inc. v. Hulu, LLC, No. 2010-1544 (Fed. Cir. Aug. 27, 2014), 2014 WL 4402271, at *5-7. The Court stressed this point by elaborating on the distinctiveness of the first step of the two-part analysis, stating that: “any novelty in implementation of the idea is a factor to be considered only in the second step of the Alice analysis.” Ultramercial III, slip op. at 10.

Nevertheless, in the second step of the two-part § 101 analysis, the Court was still unpersuaded by Ultramercial’s arguments about the novelty of its method steps. The Court reasoned “[t]hat some of the eleven steps were not previously employed in this art is not enough—standing alone—to confer patent eligibility upon the claims at issue.” Id. at 12. “None of these eleven individual steps, viewed ‘both individually and as an ordered combination,’ transform the nature of the claim into patent-eligible subject matter.” Id. at 11 (quoting Alice Corp., 134 S. Ct. at 2355). The Court continued: “The majority of those steps comprise the abstract concept of offering media content in exchange for viewing an advertisement.” Id. (emphasis added). “Adding routine additional steps such as updating an activity log, requiring a request from the consumer to view the ad, restrictions on public access, and use of the Internet does not transform an otherwise abstract idea into patent-eligible subject matter. Instead, the claimed sequence of steps comprises only ‘conventional steps, specified at a high level of generality,’ which is insufficient to supply an ‘inventive concept.’” Id. at 11 (quoting Alice, 134 S. Ct. at 2357). In particular, the Court noted that “the use of the Internet is not sufficient to save otherwise abstract claims from ineligibility under § 101.” Id. (citing CyberSource Corp. v. Retail Decisions, Inc., 654 F.3d 1366, 1370 (Fed. Cir. 2011) (reasoning that the use of the Internet to verify credit card transaction does not meaningfully add to the abstract idea of verifying the transaction)).

In addition, the Court scrutinized the claims under the machine-or-transformation test, which Bilski v. Kappos stated can provide a “useful clue” in the second step of the two-part § 101 analysis. See Bilski v. Kappos, 561 U.S. 593, 604 (2010). Even under the machine-or-transformation test, the Court arrived at the same conclusion—that the claims are directed towards patent ineligible subject matter. “Any transformation from the use of computers or the transfer of content between computers is merely what computers do and does not change the analysis.” Ultramercial III, slip op. at 13. Regarding the machine prong of the machine-or-transformation test, the Court explained that the recitation of a “facilitator” in the preamble of claim 1 did not tie the claims to a novel machine, because “the specification [of the ’545 patent] makes clear that the facilitator can be a person and not a machine.” Id. Regarding the transformation prong of the test, the Court concluded that “[t]hese manipulations of ‘public or private legal obligations or relationships, business risks, or other such abstractions cannot meet the test because they are not physical objects or substances, and they are not representative of physical objects or substances.’” Id. (quoting In re Bilski, 545 F.3d 943, 963 (Fed. Cir. 2008) (en banc), aff’d on other grounds, Bilski, 561 U.S. 593).

“First, whether claims meet the demands of 35 U.S.C. § 101 is a threshold question, one that must be addressed at the outset of litigation.” Ultramercial III, slip op. at 1 (Mayer, J., concurring) (emphasis added). Section 101 “is the sentinel, charged with the duty of ensuring that our nation’s patent laws encourage, rather than impede, scientific progress and technological innovation.” Id. at 2. Judge Mayer’s strong language, albeit in a concurring opinion, will likely provide fodder for litigators in the decision over whether or not to pursue a Rule 12(b)(6) motion to dismiss, much in the same way that WildTangent did in this case.

Second, despite the Patent Act indicating that issued patents shall be “presumed valid,” Judge Mayer stated that: “no presumption of eligibility attends the section 101 inquiry.” 35 U.S.C. § 282; Id. at 1. Judge Mayer explained: “Because the PTO has for many years applied an insufficiently rigorous subject matter eligibility standard, no presumption of eligibility should attach when assessing whether claims meet the demands of section 101.” Id. at 6–7.

“Third, Alice Corporation v. CLS Bank International, for all intents and purposes, set out a technological arts test for patent eligibility.” Id. at 1. Judge Mayer went on to explain that “Alice recognized that the patent system does not extend to all products of human ingenuity. Because the system’s objective is to encourage ‘the onward march of science,’ its rewards do not flow to ideas—even good ones— outside of the technological arena.” Id. at 7–8; see also Myriad, 133 S. Ct. at 2117 (“Groundbreaking, innovative, or even brilliant discovery does not by itself satisfy the § 101 inquiry.”). “In assessing patent eligibility, advances in non-technological disciplines—such as business, law, or the social sciences—simply do not count.” Id. at 8. Judge Mayer further elaborated that “[i]t is not that generic computers and the Internet are not ‘technology,’ but instead that they have become indispensable staples of contemporary life. Because they are the basic tools of modern-day commercial and social interaction, their use should in general remain ‘free to all men and reserved exclusively to none.’” Id. at 11 (quoting Funk Bros. Seed Co. v. Kalo Inoculant Co., 333 U.S. 127, 130 (1948)).

The concurring opinion admitted that the Supreme Court “declined to hold ‘that business methods are categorically outside of § 101’s scope.’ Notably, however, [the Supreme Court] invited [the Federal Circuit] to fashion a rule defining a ‘narrower category’ of patent-ineligible claims directed to methods of conducting business.” Id. at 9. Judge Mayer appears to believe that his proposed rule “holding that claims are impermissibly abstract if they are directed to an entrepreneurial objective, such as methods for increasing revenue, minimizing economic risk, or structuring commercial transactions, rather than a technological one, would comport with the guidance provided in both Alice and Bilski.” Id.

Ultramercial III held that claim 1 of the ’545 patent was patent ineligible as directed to an abstract idea and applied the same rationale to the remaining claims. Given that the Supreme Court previously admonished the Federal Circuit for formulating bright-line rules, it is not surprising that the Court did not proffer a definition of “abstract idea;” instead, the Court provided a benchmark, noting that the ’545 patent failed to claim “significantly more” than simply the abstract idea. Nevertheless, the Court did acknowledge that it did “not purport to state that all claims in all software-based patents will necessarily be directed to an abstract idea. Future cases may turn out differently.” Ultramercial III, slip op. at 10.

Going forward, perhaps the Court’s repeated references to a “majority” of the 11 steps recited in claim 1 of the ’545 patent may suggest a new best practice for patent practitioners drafting new patent applications and prosecuting existing applications, particularly in the business method and software arts. Further, in the wake of Alice, some of the suggestions raised by practitioners and judges, have sometimes seemed counter-intuitive, but may help lead to a path to finding patent eligible subject matter under the Alice framework. See, e.g., McRO, Inc., v. Capcom, Inc., No. 12-10337, 2014 WL 4758745, at *8 (C.D. Cal. Sept. 22, 2014) (“Section 101 motions can place parties in unfamiliar and uncomfortable positions: here it is to the patentee’s advantage to identify noninfringing alternatives…; the reverse of their positions at the infringement and damages stages of the case.”). 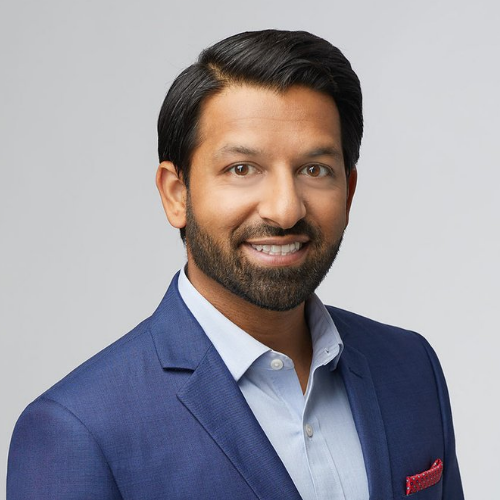