By Apurv Gaurav and Simon Lasker[i]

The U.S. Court of Appeals for the Federal Circuit’s July 31, 2020 decision in American Axle & Manufacturing, Inc. v. Neapco Holdings LLC invalidated key claims of a driveshaft patent on the basis of subject matter ineligibility. In doing so, the Federal Circuit created more confusion regarding the already unpredictable standard for patent eligibility under 35 U.S.C. § 101, and has shown that even mechanical patents are not safe from post-Alice § 101 scrutiny.

The Federal Circuit’s July 31, 2020 decision is a modification of an original decision on October 3, 2019. As a background, American Axle & Manufacturing, Inc. (“AAM”) had sued Neapco Holdings LLC (“Neapco”) in U.S. District Court for the District of Delaware alleging infringement of U.S. Patent No. 7,774,911 (“the ’911 patent”), specifically independent claims 1, 22 and 36, and their respective dependents. The district court granted Neapco’s motion for summary judgment holding the asserted claims ineligible under 35 U.S.C. § 101, to which AAM appealed. In the original decision of October 3, 2019, the Federal Circuit affirmed summary judgment of patent ineligibility for all of the asserted claims. Following the original decision, AAM filed a petition for panel and en banc rehearing. However, the Federal Circuit narrowly denied the petition for the en banc rehearing, by a vote of 6-6, and issued the modified decision of July 31, 2020. In the modified decision, the Federal Circuit affirmed the district court’s finding that claim 22 and its dependents were patent ineligible under § 101, but vacated and remanded the district court’s holding with respect to claim 1 and its dependents. The Federal Circuit found claim 36 “virtually indistinguishable from claim 22” and found independent claims 1 and 22 representative of the ‘911 patent. The modified decision is accompanied by a strong dissenting opinion that voices concern over the majority’s opinion that a patent claim using a natural law, and nothing more, to accomplish a desired result is patent eligible, as this allegedly reduces the standard for determining patent eligibility to a one step “nothing more” test. The following is an analysis of the Federal Circuit’s modified decision of July 31, 2020, along with some insights on prosecution strategies to improve the prospects for patent eligibility.

Step One of the Mayo/Alice Analysis

As a background, the ’911 patent relates to a method for manufacturing driveline propeller shafts, also known as propshafts, with liners designed to attenuate vibrations in the shaft. The technical area of the ‘911 patent is significant as mechanical device patents previously remained relatively unscathed from the increased scrutiny for patent eligibility after the landmark Alice decision.

Claim 22 recites in part “[a] method for manufacturing a shaft assembly . . . comprising: . . . tuning a mass and a stiffness of at least one liner.” (emphasis added). The Federal Circuit followed the district court’s construction of claim 22’s “tuning” limitation to mean “controlling the mass and stiffness of at least one liner to configure the liner to match the relevant frequency.”

In step one of the Mayo/Alice analysis, the majority found that “claim 22 requires use of a natural law of relating frequency to mass and stiffness—i.e., Hooke’s law”—and “merely describes a desired result” without claiming a particular method.[ii] Claim 22 would thus confer patent coverage if the goal is achieved using any method. AAM contended that tuning a liner such that it attenuates two different vibration modes involves extensive computer modelling and experimental modal analysis. Therefore, the claimed invention was more than a simple application of Hooke’s law. The majority rejected AAM’s assertion as none of its described processes—whether established or improved—were claimed.

Nevertheless, the majority acknowledged that the case would have been significantly different if such processes were included in claim 22. The majority’s remark could be relevant for inventions that overcome the challenge of applying what is otherwise a patent ineligible law of nature to a specific medium. The nuances or peculiarities of a specific medium—whether it is a physical object or a living thing—can often make the application of the law of nature particularly difficult. Therefore, it may be worth describing these nuances or peculiarities in the specification, and incorporating any steps to overcome such medium-specific difficulties, such as an improved computer modelling of the specific medium, into the claim language.

Step Two of the Mayo/Alice Analysis

Addressing Mayo/Alice step two, the majority stated that “nothing in claim 22 qualifies as an ‘inventive concept,’” and that AAM’s contention that liners had never been used to attenuate propshaft vibrations in the manner claimed was no more than a statement that the “desired results are an advance.”[iii] The majority concluded: “a claimed invention’s use of [an] ineligible concept to which it is directed, cannot supply the inventive concept.”[iv]

Regarding claims depending from claim 22, the Federal Circuit found that AAM did not, in district court, nor in its opening brief on appeal, argue that the dependent claims would change the eligibility analysis outcome. Rather, AAM first raised the arguments in its reply brief, and the Federal Circuit considered them waived.

According to the majority, the analysis is whether the claim is “directed to” ineligible matter and, if so, whether there is enough other than the ineligible matter itself to create eligibility. Nevertheless, it appears that by involving characteristics beyond the variables that mattered under Hooke’s law—mass, stiffness, and frequency—the district court’s finding of invalidity for claim 1 and its dependents were at least vacated and remanded, instead of being affirmatively held as “nothing more” than a desired result and application of Hooke’s law. Thus, noted the Federal Circuit, “we cannot conclude that [claim 1] is merely directed to Hooke’s law.”[v]

Judge Kimberly Moore, writing in dissent, noted that “[t]he majority’s decision expands § 101 well beyond its statutory gate-keeping function and collapses the Alice/Mayo two-part test to a single step—claims are now ineligible if their performance would involve application of a natural law.”[vi] Judge Moore noted that the majority effectively created a new test, “the Nothing More test,” for when claims are directed to a natural law but don’t recite the law as such. Furthermore, Moore refuted the conclusion that AAM waived any arguments over the eligibility of its dependent claims as “AAM’s statement that the dependent claims should not come out differently does nothing more than confirm that it believes all of the claims are patent-eligible.”[vii]

The dissent also contended that the majority blended enablement and eligibility, where the failure of a claim to teach “how” to achieve a desired result is an enablement issue, not an eligibility issue. The majority responded by elucidating two distinct patent law “how” requirements. First, the claim must identify “how” a functional result is achieved—the eligibility requirement. For example, the majority suggested drafting claims to recite “structures” (for product claims) or “concrete actions” (for method claims). Second, the specification must teach those skilled in the art “how” to make and use the invention—the enablement requirement.

Regardless of the contentious nature of the case—the majority arguing that claim 22 merely claims a desired result using an unpatentable law of nature, and the dissent arguing that the majority wrongfully collapses the standards for patent eligibility into a one part “Nothing More” test—there remain some less contentious nuggets of wisdom in the decision for overcoming 35 U.S.C. § 101 hurdles.

Just as AAM argued that complicated objects—such as propshaft liners—cannot be simplified such that their behavior is governed simply by Hooke’s law, the application of a law of nature to any medium—whether they be a physical object or a living thing—may vary in difficulty. It may help practitioners to incorporate, into claim language, any innovative approaches that may have been used to overcome such difficulties, such as the “finite element analysis (FEA) models” that AAM argued were involved with tuning the liner.

For more information about the content in this alert or if you have questions about the business and legal implications of the Court’s decision, please contact a Banner Witcoff attorney.

[i] Simon Lasker is a second-year law student at University of Maryland Francis King Carey School and a 2020 summer associate at Banner Witcoff. 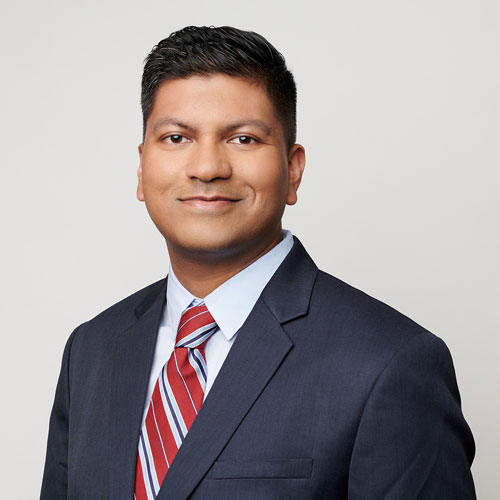