Banner & Witcoff, Ltd., is pleased to announce that the U.S. District Court for the District of Oregon granted summary judgment of noninfringement in favor of firm client NIKE, Inc.The case, Lyons v. NIKE, Civil Action No. 2:08-cv-00403 (D. Oregon), involved NIKE’s Air Jordan XXI and Air Jordan XXII shoes. NIKE’s Air Jordan XXI and XXII shoes include removable cushioning inserts that fit into a space in the heel of the sole. The removable inserts are part of a cushioning technology that NIKE refers to as “Independent Podular Suspension.” The cushioning technology allows a user to customize the cushioning in the shoe sole by choosing between inserts having different cushioning characteristics.
The plaintiff alleged that the Air Jordan XXI and XXII shoes infringed U.S. Patent No. 5,513,448 (the ‘448 Patent), which is titled “Athletic Shoe with Compression Indicators and Replacement Spring Cassette.” NIKE responded to the plaintiff’s allegations by asserting counterclaims seeking declaratory judgments that NIKE did not infringe the ‘448 Patent and that the ‘448 Patent is invalid.
During the litigation, the plaintiff argued that the ‘448 Patent should be given a broad interpretation that allegedly covered the cushioning technology utilized in the Air Jordan XXI and XXII shoes. NIKE succeeded in persuading the court that it should reject the broad interpretation of the ‘448 Patent espoused by the plaintiff. In light of the court’s rejection of the plaintiff’s broad interpretation, NIKE then moved for summary judgment that it did not infringe any of the asserted claims of the ‘448 Patent.
On June 7, 2012, the court granted NIKE’s motion for summary judgment of noninfringement.The plaintiff then moved for reconsideration of the court’s decision. In an order dated January 30, 2013, the court agreed with NIKE that it should deny the plaintiff’s motion for reconsideration.
NIKE was represented by Banner & Witcoff attorneys Christopher J. Renk, Thomas K. Pratt and Timothy J. Rechtien. 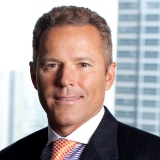