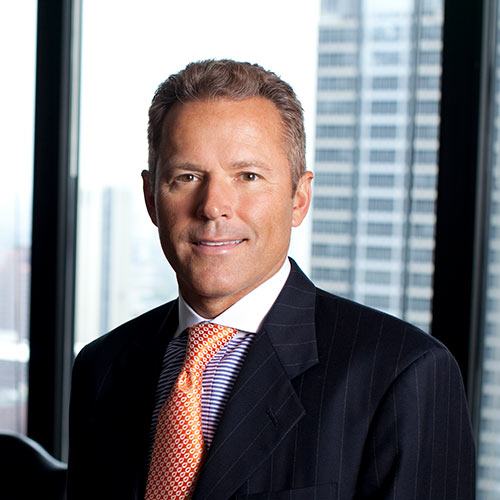 Download PDF
Chris focuses his practice on litigating patent, trademark, copyright, trade secret, false advertising and unfair competition cases. Chris utilizes a value added approach in his litigation practice and believes that litigation goals should always be defined by each client's business objectives. He is skilled in developing and implementing litigation strategies to fulfill those objectives. Since joining the firm in 1988, Chris has successfully represented both plaintiffs and defendants as lead and co-counsel in jury trials, bench trials, and appeals. His cases have involved diverse subjects such as computer software, consumer electronics, product designs, electrical controls, internet content delivery, medical and surgical devices, heat transfer, distilled spirits, contact lenses, fuel injection systems, athletic footwear and textiles processing.
Each year from 2010 to 2020, Chris was selected for inclusion in the editions of The Best Lawyers in America for his work in intellectual property litigation and patent litigation. In each year from 2015-2019, Chris was included in Intellectual Asset Management (IAM) Patent 1000 - The World’s Leading Patent Professionals guide for his patent litigation work. In 2017, 2018 and 2019, Chris was recognized in the World Trademark Review 1000 as a leading practitioner in trademark litigation and enforcement. Clients quoted in World Trademark Review remarked on Chris leading the charge and winning laurels for his performances in several cases stating: “'He is an amazing trial attorney and a force of nature. He can make something very complicated sound clear and has this ability to get juries to resonate toward him.’ He is also ‘friendly, highly professional and enjoyable to work with.’” In 2014, Chris was named on the BTI Client Service All-Star Report. Inclusion in this exclusive report is driven solely by direct feedback from in-depth interviews of general counsel from more than 3,700 large and Fortune 1000 companies. In each year from 2005 to 2018, Chris was included in Illinois Super Lawyers, and was also selected to their Top 100 list featured in Chicago magazine in 2005, 2009, 2010 and 2011. Since 2004, Chris has yearly been named to the Leading Lawyers Network and in 2010 was profiled in Leading Lawyers magazine (click link to view). In addition to his active practice, Chris is a fellow of the American Bar Foundation and is a Member of the Sedona Conference Working Group on Patent Remedies. Chris has served as an Adjunct Professor of Law at the Georgetown University Law Center and serves at Northwestern University Law School, where he teaches Patent Trial Practice and Patent Litigation II. He is a contributing author of the Patent Litigation Strategies Handbook (Fourth Edition), BNA, 2015, Patent Litigation (Third Edition), PLI, 2015, and Patent Trial Advocacy Casebook (Third Edition), ABA, 2015. Chris is a frequent speaker on various intellectual property issues and the author of several articles on intellectual property law. Chris earned his engineering degree from Iowa State University in 1983. Prior to attending law school, he was an engineer at General Dynamics Corporation. He is a 1988 graduate of the University of Minnesota Law School. Chris is a registered patent attorney and is admitted to practice in Illinois, Minnesota, and the District of Columbia. He also is admitted to practice before the United States Supreme Court, the Court of the Appeals for the Federal Circuit and numerous federal district courts.

Christopher J. Renk moderates "State of the Northern District of Illinois Courts and Experiences with the Local Patent Rules and the Patent Pilot Program" at the 2018 IPLAC IP Symposium in Chicago

Banner & Witcoff, attorneys recognized for patent and trademark practice in 2018 edition of Legal 500

Christopher J. Renk comments on the top rulings of 2010 in an IP Law360 article

Christopher J. Renk is profiled in the 2010 edition of Chicago’s Best Lawyers